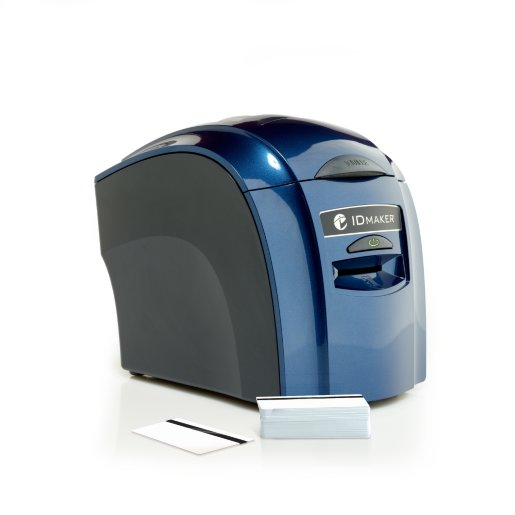 With the ID Maker® Value 1-Sided Card Printer with Mag Encoder, you don't have to invest in an advanced machine to get exactly what you need. Ideal for smaller organizations, this compact and affordable ID badge printer is hand fed and gives you the basic tools you need to print professional IDs in as little as 15 minutes. It prints on single-sided PVC and adhesive cards that have a magnetic stripe installed. To encode the stripe, utilize our easy-to-use ID Maker 3.0® Software. Questions about photo ID badge printers and systems? Chat live with an IDville specialist or request a free system information packet.